As Australians, we have been brought up on stories of giving everyone a fair go. It’s part of our culture and is a value that we hold most dear. 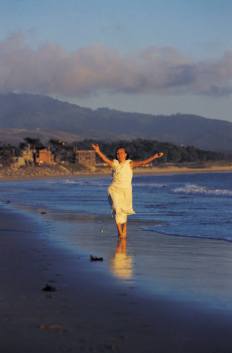 My European ancestors came to Australia in the mid-nineteenth century looking for a fair go. They came from times of hardship, unemployment and poverty. They hoped that in this new country they could make a reasonable life for themselves and their children. Their descendants are now spread far and wide, leading by comparison comfortable lives in middle Australia. Someone gave them a fair go.

There are historical examples that support our belief.  The miners fought for a fair go at the Eureka Stockade, some of them giving their lives for it. A few decades later, Australia was the first country to both give women the vote and to grant them the right to stand for election.  We were brought up on stories such as the bravery of John Simpson and his donkey, bravely providing first aid and carrying the wounded until he himself was killed during the Gallipoli Campaign at Anzac Cove. Heart-stirring stuff.

1856 saw the introduction of the 8-hour day for stonemasons in Victoria, granting them Saturday afternoons off.  This was fought for on the basis of not sacrificing health and shortening the duration of human life; allowing working men the time to develop their minds through education; and allowing tradesmen to be better husbands and fathers.  In time, these working conditions spread throughout the workforce.

We have believed that education is the right of all Australian children and that access to affordable health care should be given to everyone. We like to think that if anyone puts their mind to it, they can do anything.

Post WW2, there was mass migration to Australia from war-ravaged Europe.  Those people didn’t always have an easy time of their re-settlement, but they and their children have helped to make Australia the multi-cultural society that it is today.  In spite of calling them Wogs, Eyties, Ethnics, Poms and various other names, we like to think that we gave them a fair go and often use those names affectionately today.

It is true that our concept of a fair go was often biased. Our indigenous Aborigines rarely got a fair go and many struggle to do so today. Immigration policies restricted Asian neighbours from migrating here, although early Chinese migration played a significant role in the development of nineteenth-century Victoria.

Common sense and a review of history tells us that the concept of ‘fair go’ is very subjective. It is reserved for PLUs – People Like Us.  We are the ones who deserve it and as for the others – they just have to buckle down and earn it or else learn to change their ways and to become PLUs – if we let them of course.

In recent years, even the righteous and deserving are questioning what has happened to the fundamental value which underpins our way of life.  We have seen government and commercial actions which have threatened our Australian pride.

We imprison people who have fled their homelands as conditions there have become untenable or worse, life-threatening. We deny them adequate health care, education, and the opportunity to lead a meaningful life and to contribute to meaningful society. Even worse, we deny them any form of hope for the future. Whe

n we are being particularly scornful, we accuse them of being just ‘economic refugees’. Since when is that a crime?  So were my ancestors economic refugees, and one of them even jumped ship to remain in Australia.

We erode the benefits and working conditions of the most vulnerable of our workers. We also have begun the process by which penalty rates are reduced, a move that will spread to many industries. It seems that we no longer deserve compensation for giving up our evenings or traditional family time.

We are increasing the cost of education, ignoring the fact that for us to truly be a lucky country, we need a skilled and educated workforce. We need our scientists, our teachers and our technicians. We need to invest in our people if we are going to innovate, to develop industries, and to keep up with other nations. The return on this investment is a clever society and dare I say it, a fairer society. It is one in which everyone has the opportunity of developing their skills and talents for the benefit of us all. Increasingly, only the wealthy are able to educate their children.

We refuse to pay our job-seekers a livable sum of money, choosing to label them leaners and bludgers in spite of the fact that changes in technology and the economic environment has seen many jobs disappear.  Some are too inexperienced, some are over-experienced, some are too you and some are too old. Some no longer have skills in demand and others have never had the opportunity to develop them in the first place.  Whatever the reason, it is their fault that they can’t find a job and they don’t deserve our charity.

t to make sure that life is really difficult, we restrict their eligibility to social security benefits on the theory that this will make them try harder. Bad luck that they can no longer afford the costs of applying for work, nor can they afford to pay rent or keep up the mortgage payments while they search. They just need to try harder.  We also reduce the number of staff within Centrelink and make it more difficult for those who need social security assistance to access information and accurate advice.

We hound our social security recipients on the theory that they are all out to defraud the government and therefore the tax-payer of valuable funds. We use poorly defined algorithms to decide just who is a miscreant and put the onus of proof on them in establishing their innocence. We then use bullying tactics and private debt collectors to enforce payment, whether they actually owe it or not.

Our political leaders, with the self-assurance that they are acting on behalf of us all, explain that it is a system that is working well, regardless of any evidence to the contrary. In the meantime, their colleagues are caught out rorting their entitlements to the tune of thousands of dollars. If they lose their parliamentary seat, they can seek comfort in the knowledge that entitlements and a comfortable superannuation payment will follow them into private life. After all, they deserve it. It’s only fair.

So what does a fair go meant today?  On the evidence available, it means to strongly define who deserves it and who doesn’t. Those who deserve it are the ones who get to decide who don’t. Those who don’t, only have themselves to blame for their situation. If only they were a PLU (employed, educated, and fit) they might be deserving also. That’s only fair.

Do you think that we still abide by the maxim of a fair go?

Below are various blogs which I find interesting and perhaps you might too.